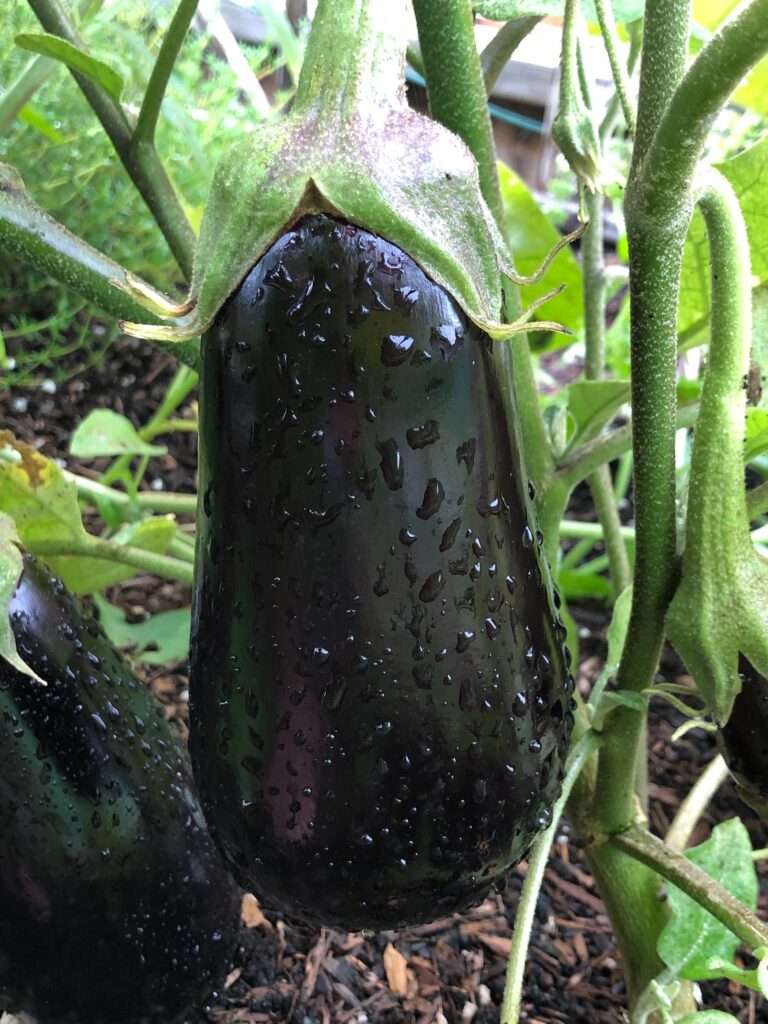 Now starring…drumroll, please. The lovely eggplant: cloaked in a deepest jewel-tone purple, satiny, with unblemished skin, sleek in figure adorned by an evergreen crown cap. She is royalty and commands a striking presence in my garden. I’d almost rather leave this bowing beauty as a decoration than cut it.

But – it called to me to create something exotic, something I’d never tried before and so it became the Eggplant Kabob.

My friend, and student Ahmad in Turkey, knows first-hand the possibilities of this fleshy fruit. Yes, eggplant is a fruit! The kabob was his recipe recommendation. Ahmad is aspiring to live in America and become an electrical engineer but In a previous time was a chef assistant at his friend Erdal’s restaurant called Kebabi in Istanbul. Kabobs, and other meats, and flatbread are all grilled over an open flame. Click on the gallery view on the website to see photos of the appetizing food! 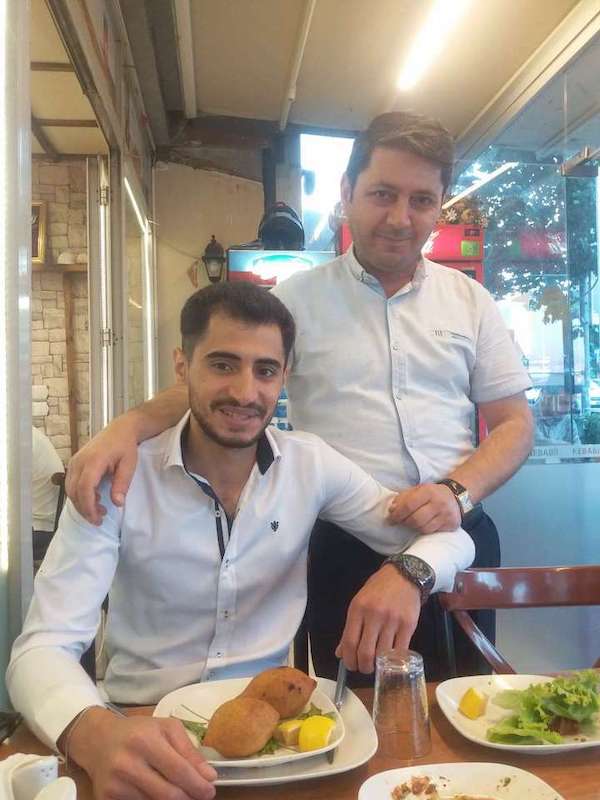 My friend Ahmad and the chef and owner of Kebabi, Erdal.

After watching the “how-to” video Ahmad sent me, I was ready to tackle the eggplant kabob.

An Arabic video on eggplant kabobs

Chris and I marched off to our now favorite market, Balboa International Market to gather ingredients to make it ourselves. In their well-stocked spice section, we found a “’meat kebob” seasoning with cayenne, paprika, sumac, saffron, turmeric, and more. The knowledgeable butcher said it was typical to use an equal amount of lamb and beef to skewer between the eggplant. We added the spices to the meat, along with chopped onion, and assembled it alternating meat and fruit, and then BBQ’ed it on the grill. 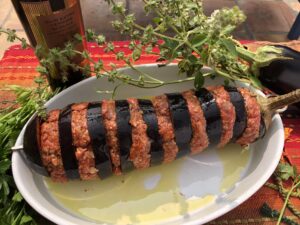 Stripes! Assembled and ready to grill! 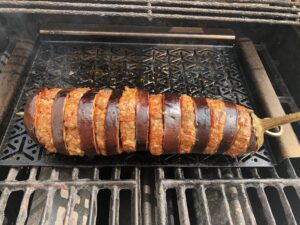 The result? It was really tasty! To finish it, we sprinkled pomegranate seeds, walnuts, and mint leaves on top which really pulled all the flavors together. Next time I would make a yogurt and cucumber sauce to drizzle on top and serve it with mint tea. Crumbled feta would be delicious too! The Middle Eastern cuisine’s depth of flavors and spices have given my taste buds a new experience and craving for more. What’s next Ahmad? 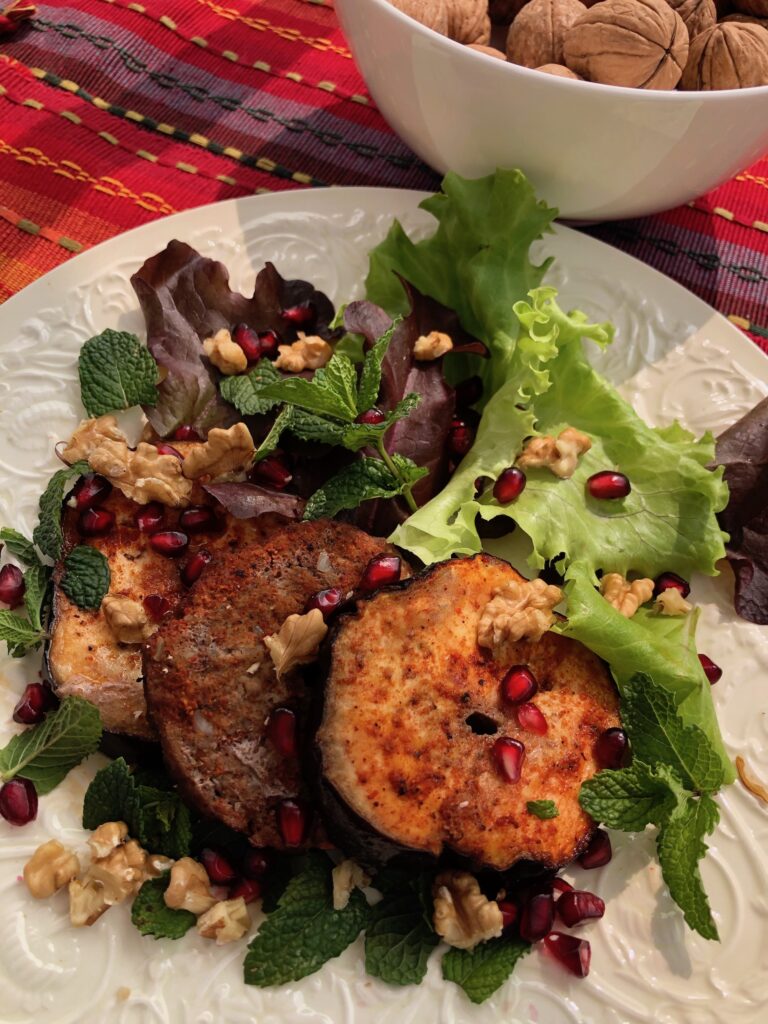 The dinner my eggplant deserves.

Gleaming skin: a plump elongated shape: the eggplant is a vegetable you’d want to caress with your eyes and fingers, even if you didn’t know its luscious flavor. 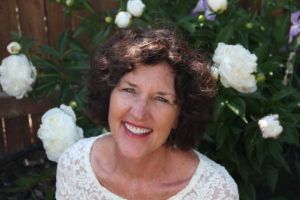